Artyfakes Action Props Ltd is located in an idyllic countryside setting in Norfolk UK trading since 2007; starting out as a one man band wanting to make quality, safe and durable LARP Weapons and other movie grade props: Tabitha Lyons joined shortly after inception and is very much a key figure in the business.

Artyfakes Action Props Ltd enjoyed a boost in 2012-2013 and expanded, taking on more staff  including a sculptor, Chris Martin, with over 15 year’s experience in special effects and animatronics. Due to this expansion Artyfakes Action Props Ltd has increased production levels and is now offering clients, customers and friends a guarantee of 8 weeks from order to dispatch.

Blood on the Blade 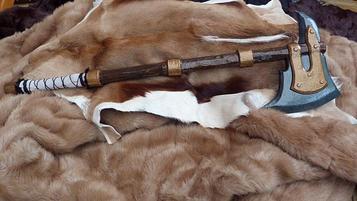 Blood on the Blade are producers of bespoke leather armour, custom LARP weapons and other accessories. 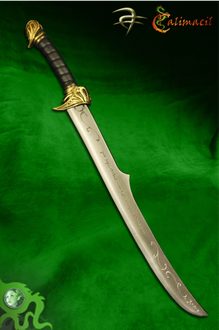 Founded in 2004 in the cold windswept plains of the eastern Canada, Calimacil set out from its inception to become a world-class supplier of high-end LARP and historical re-enactment foam weapons. Their lavishly decorated designs are inspired by the martial lore of history, legends and stories taken directly from the dreamscapes of heroic fantasy. 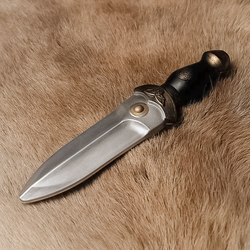 Chow's Emporium produces LARP Costumes and weapons. We are the manufacturer as well as the retailer, capable for wholesale world wide. 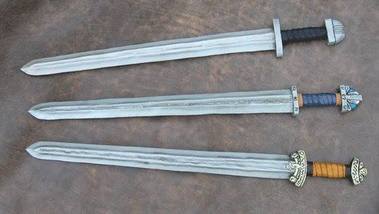 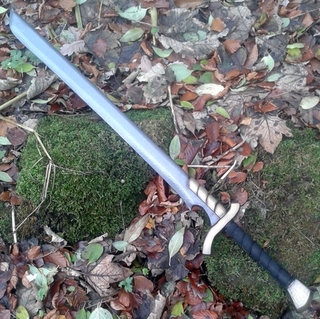 Darkblade are based in Greenfield on the edge of Saddleworth Moor. On a crisp winters day looking out of the window you can almost see the goblins arriving at the Battle of the 5 armies.

We've been building leather stuff for Larp full time since 1996 (plus 5 years before as a hobby), designs guided by our many years of larping experience(fighting, dying, running away, the usual stuff) 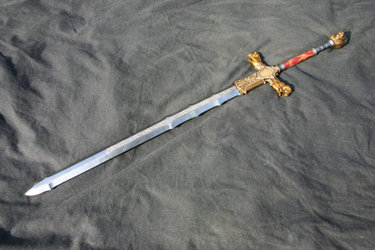 ragon Armoury has been making LARP equipment for over 20 years.
We aim to create the best quality weapons and armour and the most imaginative.

We believe that anything possible. If you can imagine it, we can make it.

We work with the latest and most advanced materials available so we can achieve the best results. 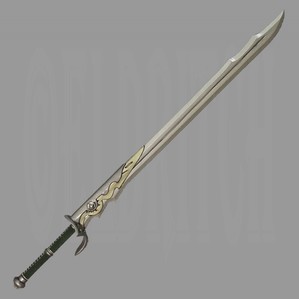 One of the largest and best known suppliers of weapons, armour and other props in the UK 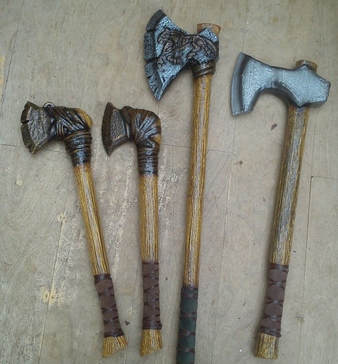 With over 20 years experience in making LARP equipment and weaponry; Forge of Lein shall be making a limited selection of items available for purchase. These will mostly be one off - unique items. Once gone, they are gone! 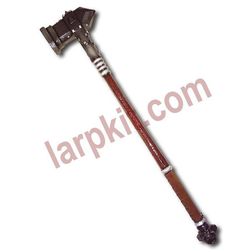 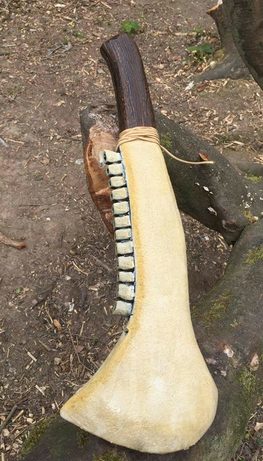 Gnosis Studios is a collective of Artists whose aim is to bring you the best possible leather and latex gear for the best prices. 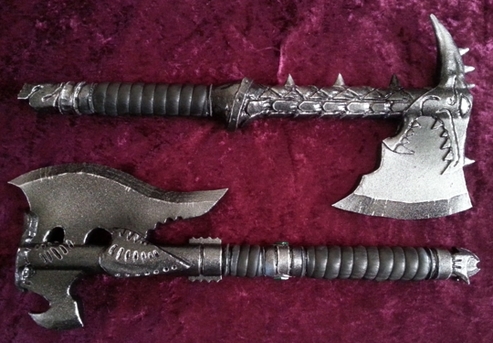 Hack and Slash are makers of Latex Weapons and props for Live-Action Role-Play, CosPlay, theater and anything else that requires a high fantasy bashy weapon. With over a decade of experience, our team calls up on high quality, imaginative design skills. We are a UK based Latex Weapon company, but we also send items all over the world! 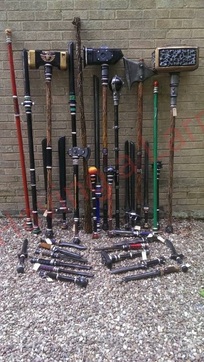 You can find us at many LARP events trading as HAL Emporium.

In Your Dreams FX

In Your Dreams FX provides custom made high quality masks, special props, prosthetic make up, special effects services and model-making to the theatre, film and TV industry as well as the LARP and re-enactment community.

Most of their work is made to order commissions, however they are developing a set of off the shelf/ standardised products, primarily for LARPers, some of which can be seen on their web-site and Facebook page. Basically, if you dream it, they can make it, be it in fibreglass, rubber, foam, wood, metal,leather or resin. They have over 15 years professional experience to make your dreams come to life. 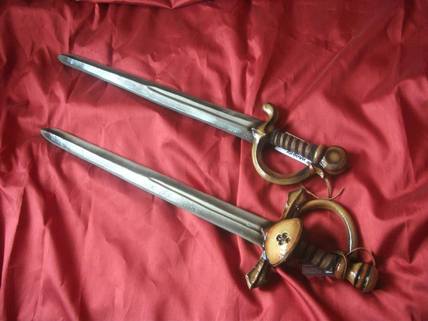 The creation of the wierd and the wonderful for the live role play, theatre and film communities

LARP-Gear have been making LARP (Live Action Role Play) weapons and theatrical props of all kinds for over twenty years. Their web-site is currently under construction, so use the Facebook link for the time being 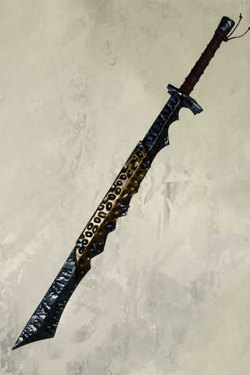 LARP Inn has a huge range of LARP costume, weaponry, armour, prosthetics and other LARP items. 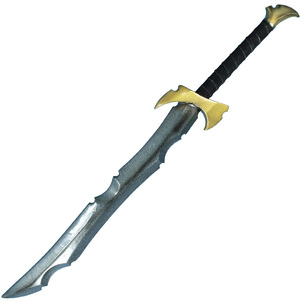 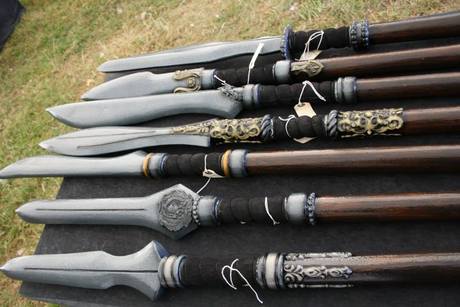 Light Armoury is an independent manufacturer of high quality props and weapons for film, theatre and hobbies.  They have 15 years of experience in the trade and have made items for projects ranging from Shakespearean plays to current television series. They also provide items for Live Action Role-Play in the UK and abroad.  They specialise in latex and high- and low-density foam.

Light Armoury can produce historical, high fantasy and futuristic weapons and props as well as many modern day items. We have created bespoke items for projects ranging from kitchen utensils to steam punk creations.

The Home of Renaissance-inspired live role-playing weapons and equipment, Makai-LARP was put together for those people looking for that something special to complete their outfit.

Set up in 2005, Makai-LARP started out as a few friends getting together to make their own equipment for Fools and Heroes Live Role-playing system.  Since then the company have moved forward to specialize in items based on the Maelstrom System and other fantasy game settings.

Our Goal is to create items that fulfill the needs of the role-playing community.  If you can think it, we can create it.

Mad Hatter Games are the new Nottingham based home for all of your LARP, gaming and hobby needs.

Mandala Studios is the workshop base of several crafters based in Coventry, United Kingdom. Our varied team has many years of experience in providing bespoke work, drawing on a large pool of highly skilled workers in many areas of expertise..
Our focus areas include: Costuming, Masks, Prosthetics and our own range of Makeup, Theatrical (Poly-urea) Armour and spraying facilities, Leather Work - Masks, Armour and other Accessories, Theatrical (LRP) Weapons, Set building, Props, and Large Creatures along with many other things - if we don't do it, we often know someone who does. 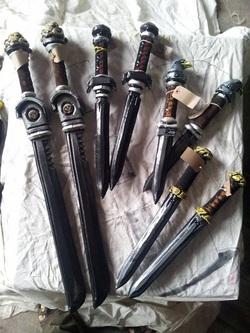 Medlock Armoury have been making some of the best and most imaginative weapons for some time, and sells through a number of other LARP retailers 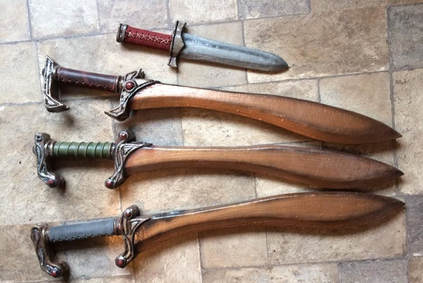