This page is for games which are set in a historical or "pseudo-historical" setting where the name of the game starts with A-G. This can include alternate history, low fantasy settings,Victoriana and Steampunk games

Age of Aether (AoA) is a science fantasy Live Action Role-Playing game (LARP) based on the concepts of H. G. Wells’ novel, “War of the Worlds”. Drawing on influences from the steampunk, science fiction and fantasy genres, AoA is a truly unique role-playing experience that will take you into an alternative history of the 19th Century world.

Players assume the roles of members and associates of a worldwide organisation known as The Reputable Intrepid Adventurers Club (or T.R.I.A.C.) during an interplanetary war with Mars. For the second time in a century, the Martians have sent their war machines to Earth, hell bent on taking the world for their own.

T.R.I.A.C. is an association that draws the greatest minds and adventurers from many of the world’s remaining nations that have banded together to aid in the war effort in any way they can. Some combat the Martian threat directly as soldiers and investigators. Others gather precious resources create new and interesting inventions and research into the biology and technology of the Martian foe. Still others use their skills in the medical and pharmacological arts to aid in the fight. Finally there are those humans who have been changed by the Martian invasion and now possess the ability to use strange powers, the Resonants.

Humanity, however, is not alone. Alongside them are a number of alien races, freed from the Martian invaders. They too have something to gain, something to fight for and something to lose.

The fate of the planet rests on a knife edge. Only you and your fellow extraordinary colleagues can push back the threat and win the war for Earth’s survival… 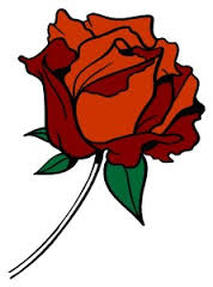 Originally set as The Wars of the Roses (1455– 1487) the game has since developed in to its own original setting. Many fashions, styles and attitudes in the game are still taken from this period. The world is a mid-low,  dark fantasy parody of our own set in the ‘League State’ of Algundy under Arch-Duke Harold. Algundy is a land recently rent by civil war. Beset by evil, both mortal and otherwise, this is a land of violence and humanity.

Magic is shunned and feared, it is evil with it’s practitioners hunted down by The Church of the ‘Grey Lady.’.
Alchemists advance the use of terrifying new weapons using  a new black powder. The Lost (undead) walk the land in many terrible and horrific forms. The Evil moves in from the east it’s magical tentacles reaching into the hearts of men and women the League over. Into this world we invite you to bring a hero or villain of your own creation.

Buccaneers of the Damned

Buccaneers of Damned is a film-sim-style fest game, with many linear adventures falling from a central story hub. Rather than ruin the experience of learning a new world by making you scroll through pages of background lore, new players start with a small amount of background knowledge. We allow the game and plot to grow organically, encouraging you to establish yourself within the story, filling in the gaps as you go.
“Find out in play” is an important concept that forms the basis of our game. Everyone starts with the same amount of in-game information and we encourage you to explore from there. The setting we have chosen is made up of an Archipelago of islands and is large enough to give us years of wonder, mystery and adventure as the story is shaped by the players.
Like everyone at their first game, you will have to spend some time finding your feet, but we also believe some of the very best role-play and stories come from the experiences at your first event; regardless of the other players, how you interact with the game from this point on will set your direction for the future.
Buccaneers of the Damned is a gritty swashbuckling enterprise, with elements of horror and intrigue by the bucket full.
​
WEBSITE
http://eyelarp.com/games/buccaneers-of-the-damned/ 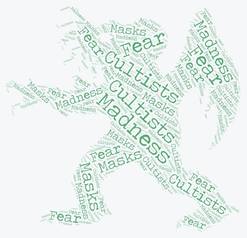 Set in the 1920s, post-war Britain is a very different place to what you have read in the history books. Some know this, some fear this to be true, but the Mythos is real. Horrifying monsters rule the universe, terrifying creatures haunt your dreams, and evil people are determined to unleash them on the unsuspecting population.
Standing against the darkness are a disparate group of investigators. Armed with their own unique set of skills and abilities (and some light firearms) this eclectic band aim to survive the oncoming horrors before madness, or death, inevitably claim them.
Inspired by the works of H.P. Lovecraft, Call of Cthulhu LARP strives to offer an immersive, yet frightening, Live Action Role-play game for players.

Corpus Christie LRP is in development. The current plan is that we will run the first event in November 2019, for a maximum of 20 players. We can’t make it any larger without losing the Agatha Christie country weekend feel. It will be set in a lovely house in the country, circa 1923, where the Princess Irina Volynsky, an exiled Russian aristocrat, has invited a number of her nearest and dearest friends, families and enemies. She is a woman with a number of deceased husbands, a lot of enemies, and a lot of money, and a collection of mysterious artefacts from around the world. What could go wrong?
The game will be a mix of classic Christie whodunit, combined with unsettling horror, madness and probably your imminent demise.

The cost will be £200 for the weekend, which includes food and accommodation. You’ll have to share rooms, but it’s small rooms, not dorms and we hope to make the food tasty. 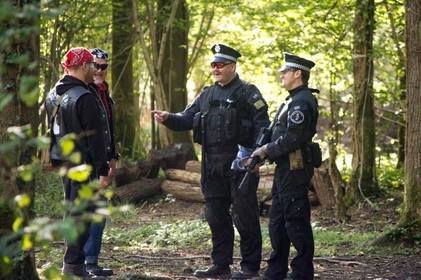 Your challenge is to discover, and then exploit (in whatever way you feel best) the many supplies and demands offered by the diverse residents of New Warleans, and the surrounding 'badlands'. Invest your starting funds in some of the hundreds of 'products'; from Fertilizer to Firearms, protection to propaganda, everyone needs something!

Adopt a gang, or go it alone on your quest to be the single richest player by the end of the day.

Since 1993 The Dark Door has been running horror based live role-playing events set within the Cthulhu Mythos.

Set in the 1920's, players take on the role of investigators of the macabre collectively pitting their wits (and nerve) against the dark forces at play. Our aim is to scare and entertain participants while they uncover arcane secrets and do battle with a pantheon of powerful beings from beyond the stars! During play you will interact in character with other players and "non-player" characters, some trustworthy and some not so. Clues will be found, mysterious secrets uncovered and beasts summoned. Many will surely die, though the dead often prove to be somewhat animated! 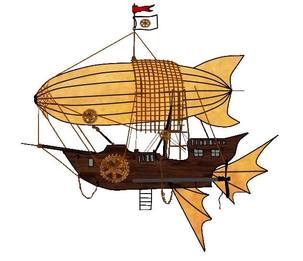 Dumnonni chronicles is a live role-play group that bases its games on Celtic / dark ages mythology tradition and fashion but stylised and enlarged to create a heroic but realistic feel.In Dumnonni the look and feel is re-enactment meets fantasy and we like to think that our players spend some time and thought on ensuring that there kit and costume fit well with the setting.

We think that good costume and good role playing go hand in hand to create both believability and atmosphere. Our games endeavour to be accessible to players that enjoy many different aspects of the game. We like to think that we can guide a plot where both thought and action are equally important and so caters to a broad range of desires.

The period that we draw inspiration from is 200 BC to 900 AD allowing a large scope of social and cultural background .There is also a mythological slant to our games that broadens this further.

We run "low fantasy” games were although the fantastic is accepted it is handled in a rational way. Our aim is to run a good story with a feel of authenticity to the era with fantastic and even comedic elements…Just like all the most well read and entertaining accounts of the time.

New to Wild West Larp? or new to Larp?? This is a great game to get involved in. Watched the countless cheesy westerns? do you love Deadwood and Hell on Wheels?? This is the game for you. A totally organic experience set in a purpose built town, with a 65 acre backdrop of mixed wood and pine. Camping, cooking and living the experience, Flying lead is as true a FilmSim as you will get. FREE loan kit and weapons if needed!

The Good, The Bad and the Dead

The year is 1849 and the new world of the Americas is slowly being tamed. America in which the game is set is a place both familiar and very different. Much like the traditional wild west the gun is king and the gunfighter a legend, Indian tribes still live free beyond the frontier and a man or woman can carve out a reputation and a fortune from the dusty trails.

As a Regulator, you are a gun for hire making a living on the new frontier. Play as a gunslinger or prospector, doctor or preacher your character could be called upon to deal with local bandito attacks to finding a lost Spanish gold shipment.

The game is open to players over the age of 18 and is currently by invite or recommendation of existing players only. We will be running events for around 20-25 players with a strong persistent character driven story focus

Gothic is a UK based action-horror LRP system set in late Victorian Britain, circa 1880-1900. The players are intrepid adventurers investigating and attempting to thwart the forces of darkness and the supernatural.