Heart of Pargon is a UK based LARP system that runs games on a regular basis all year long near Exeter,

We run a weekend of 2 adventures every three weeks, as well as our annual "Night of the Nearly Living Dead" at Chiselhurst caves in London, home to Labyrinthe. We also run a week long event every year, which is 24 hours time in, called a Saga. As well as this, we run several weekend events, from Friday to Monday at sites around the country
We are proud to offer an extremely player driven system that encourages your characters to prove the major driving force in our huge, completely unique world. We encourage the creation of guilds and deities and support a diverse and well established system of 'Uniques' that allow you to customise your characters as you wish. 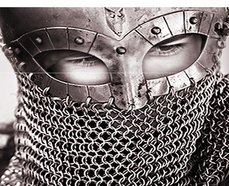 Herofest LARP organise and run LARPing Festival live action role playing weekends. We combine all of the fun of a Festival weekend and the rich detail of an established campaign world, with none of the disadvantages of either. The result is an excellent weekend with an in depth campaign background, allowing characters to immerse themselves into the LARP/LRP experience.

Herofest is a low hit and low LARP/ LRP fantasy system, which is easy to master. Each event is part of an overall campaign where players can shape future plot, but is also a self-contained adventure. No players are advantaged over another, whether this is your first or tenth event

Throughout the spring, summer and autumn, the events are generally hosted at Candleston Castle Campsite, an amazing 100-acre site specifically set up for live action role playing events.  During the winter months Heroquest uses a variety of different scout camps situated all around the UK.

The events themselves are full of rich campaign and detail. Whilst each event is a complete adventure itself, it is also part of this detailed campaign and benefits from continuity where each character has the freedom to act as they wish and whose actions could influence future events.

On the continent of Panagaia, made up of the great city states that claim dominion over great regions around the glow of the civilized edifices of the fortified cities. In truth the further a man moved away from these bastions of science and reason the cloak of civilization gave way to mysticism, Tribalism and savage survival. The wild is the true master of these regions with tribes vying for resources against the monsters, fauna and flora who call it home. Communication between towns and villages are a constant struggle requiring constant vigilance and frequent times of isolation.

During this age of strife, tales of armies forming in the North and sinister alliances forming in the heart of the deep woods and caverns worming their way in the underworlds. The dead rest uneasily in their tombs and graves with more rumour of dark practices rousing them and fouler things from the different places. Rumours of battle and monsters float about the ale houses of the villages and settlements scattered about the region, as well as legends of wealth and treasure hoarded in the creatures lairs. The air around all is a feeling of a nameless foreboding for the future.

Heroes and Dragons is run by Irregular Productions, We run Live Role Playing events,Known for our large monster costumes and high kit standards,. Our aim is to create a fully immersive atmosphere for players and crew. 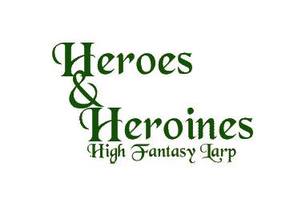 Heroes and Heroines is a live action role play club based in the West Midlands, We run roughly 8 events a year and always welcome new comers to the group or the hobby as a whole.

All the events are based in a high fantasy world known as Eden where the players play characters from a country called the Protectorate of the Rose, the characters form part of the countries main military force working as 'problem solvers'. The world is constantly developing due to in game events and the actions of the players, there is change to immerse yourself in the extensive game plot as well as you own unique characters plot be it something from the past or something done during the game.

Every character has there own view of the world of Eden with there own agendas and objectives, these can be inline or opposing those of other characters giving ample opportunity for interaction between characters. There is also a wealth of other organisations and people within the world for characters to interact with alliances to be made or enemies to face as well as those who cannot be reasoned or negotiated with.

200 years ago the Sorceror King Marik ruled a vast Empire, which included the City of Sanctuary.
The city was his retreat from the world and was an opulent place well attended by the rich and famous. Then the Mage Wars came and Marik's Empire was overthrown. The Sorceror King fled to Sanctuary where he made his last stand. He lost! In the battle the magics used by both sides eclipsed anything the world had ever seen, ripping holes in reality.
​
The war ended and the survivors of Sanctuary tried to restore their city. But without the patronage of a King they soon discovered that the City had no natural resources, and no tactical significance. So the world moved on and the once great city was left to rot.

Until the rifts began to open of their own accord. The city now has a new lucrative and dangerous commodity to trade. The Rifts. They attract adventurers and would be heroes as well as scholars and mages from across the world. All who have coin to spend.
The Under City of Sanctuary acts as a point of supply to the travellers, a source of entertainments and a quick way to loose everything they recovered from the far side of a Rift. It also acts as a buffer between the Upper City and the more vile and dangerous things that some times come out of the rifts.

Kleptocracy is set in the slums of the Under City, a world of thieves, gangs, money grabbing guilds, cults, churches and despair.
The era is medieval fantasy, with the world containing many high fantasy elements, but the players all being at the low fantasy end of the spectrum. 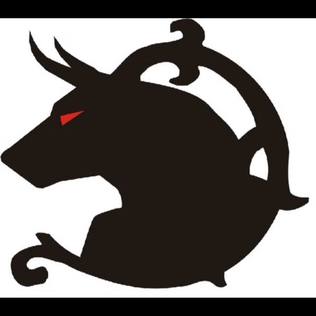 Labyrinthe is a high fantasy, deeply immersive Live Role-play (LRP) system staged with in our atmospheric chalk cave site in Chislehurst, Kent
Labyrinthe is the only LRP club in the country that runs multiple events almost every weekend of the year in an amazing warren of underground caverns and tunnels.

We offer an unrivalled opportunity for our hero players and their monster foes to take part in an extremely interactive and evolving game world, with its own highly developed cast of heroes and villains, all in an environment set aside and developed solely for their use. Over 20 years of experience and game-play has seen the game system and the in-character world of Labyrinthe and its players evolve to form a colourful land far from the day to day grind of 'real life', with a strong history and even stronger future.

Legacy LRP is a UK Fantasy LRP about retaking a doomed world for the glory of the Gods. Politics, Religion, Intrigue and Combat combine in a rich player driven setting.

- A family friendly event with areas where combat is strongly discouraged (Holy Ground)
- Player driven politics and the opportunity for your group to define its background and gods
- Regular player versus player Battleground combat to earn rewards for your group
- Opt in area for more intense player vs player or player vs environment (Unholy Ground)
- Support for new players, simple rules and LRP weapons rental

Situated in Jersey (Channel Islands) Legends Jersey have been running High Fantasy Live Role Playing Adventures for many years and are all ways looking for new players to join. They run alongside sister clubs running in both Guernsey and Manchester 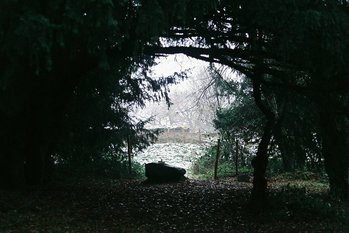 Legion of Dreams is a Live Role Play group established in 1986 and which has been running a wide range of weekend LRP events ever since. Our niche is ‘old school’ fantasy within our rich campaign world using “Realms of the Eldritch” system.

As well as the frequent ‘Realms of the Eldritch’ adventures we also offer 1920s, modern day horror/thrillers, and bespoke scenarios. So whether you are a regular LRP’er or a First timer there’s an adventure to suit you.

Erdreja. A world where fantastical creatures walk the lands - orcs, dwarves, goblins, elves, drow, daemons and vampires. A world without science and technology, but where magic is real, and available to heroes like you or I. And to our foes as well. Where rival nations may vie for supremacy, or unite against a common enemy. Where you can achieve anything from being a member of a small group of adventurers rescuing some villagers, to joining with thousands of others in an attempt to change the very nature of your world.

The Lorien Trust runs some of the largest events in the UK, most notably The Gathering

"Few remember the time before the fetid night air enveloped Khurland, the unhealthy fog that fills the throat and rots the health from young and old alike. Few remember, because only a few can recall anything of the time before the Miasma. Those who arrive at the sanctuary of the Cloister recollect only death, the moans of the Druden indistinguishable from those of the dying and the foul stench hanging heavy on the wind.

Many are unable, or unwilling, to remember little more than their own name. Those of a firmer resolve have called to mind scant images of their past, places, family, even lost friends, but few can say what really lies beyond the sanctuary walls.
What everyone remembers.....
Society was Feudal. There was a King. Khurland was at war. Black Plague lies upon us"

Macabre is a fantasy game set after a failed Gothic Renaissance in an Eastern European styled world, during an End of Days event. It is a campaign of discovery with no fixed conclusion, as the players will dictate the outcome by their actions.

Mandala LRP was set up by a group of people who enjoy running and playing live roleplay events. It is not a money making venture and the intention is to provide a stable backdrop for successful events. Rather than limit ourselves to one system, or one style of play, Mandala is intended as an umbrella organisation which can run any type of event in any type of system. The only constant factors being quality of event, commitment to player satisfaction and enjoyment for the refs and crew. We have run Sci Fi, Modern day and Fantasy events. 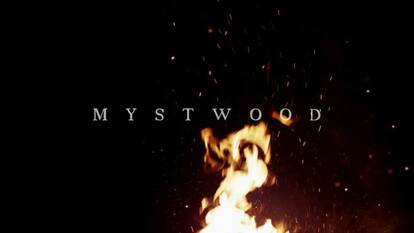 Mystwood is an Atmospheric Horror Live Action Roleplay game that focuses heavily on roleplay and investigation. Set in a high immersion, low fantasy world based on ancient folk tales, players must use their wits to stay alive and fight against the creatures that hide deep within the dense forests of the north.